Walk on the Wild Side

Jo feels very privileged to be taking part in the Society of Graphic Fine Art’s first London Members’ show for this year, at the R K Burt Gallery in Southwark. The exhibition will showcase drawing in many media including printmaking, and all details are on the invitation below. Hope you will be able to visit this delightful exhibition of works on paper where “Wild” will be very broadly interpreted. 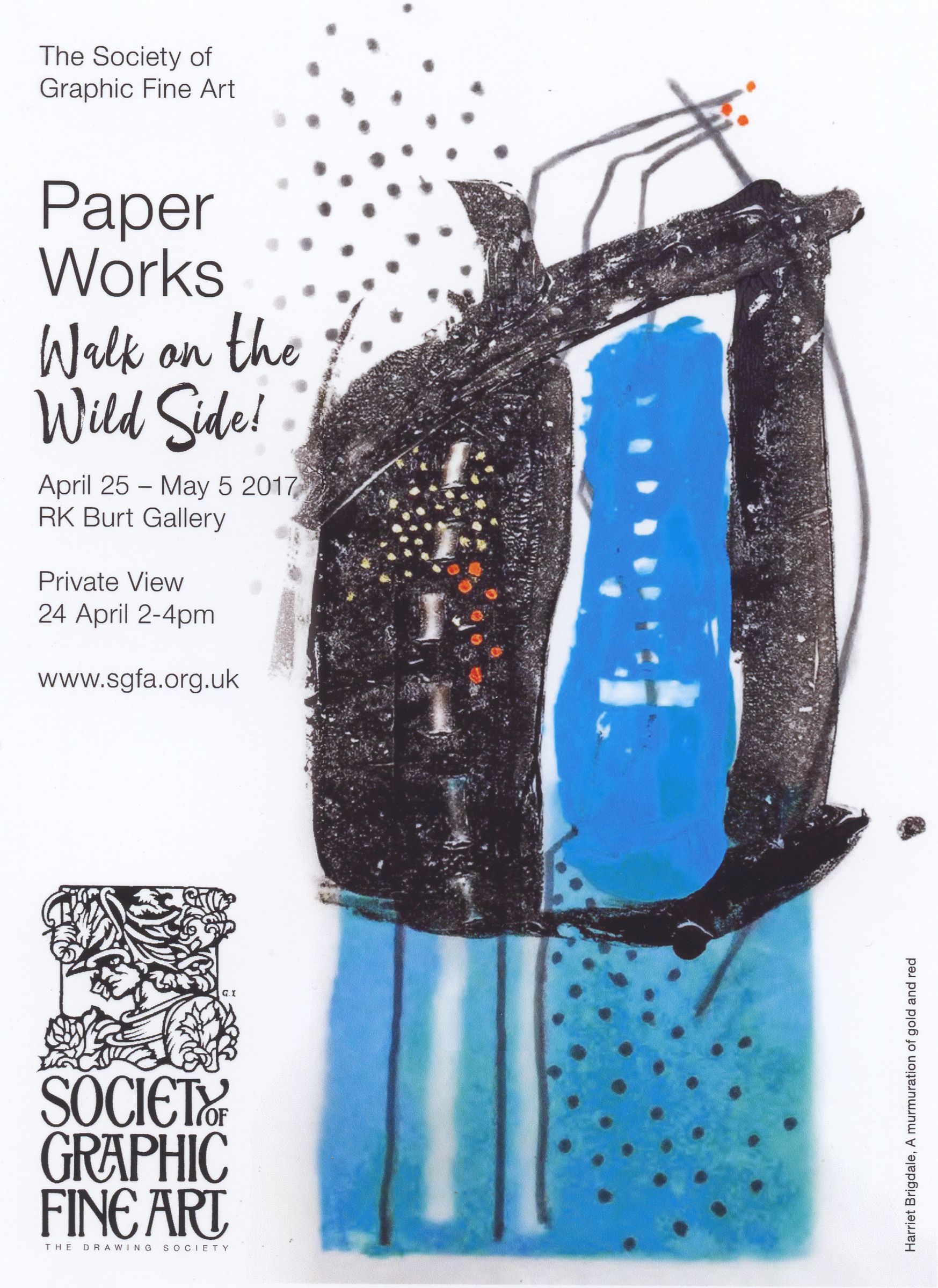 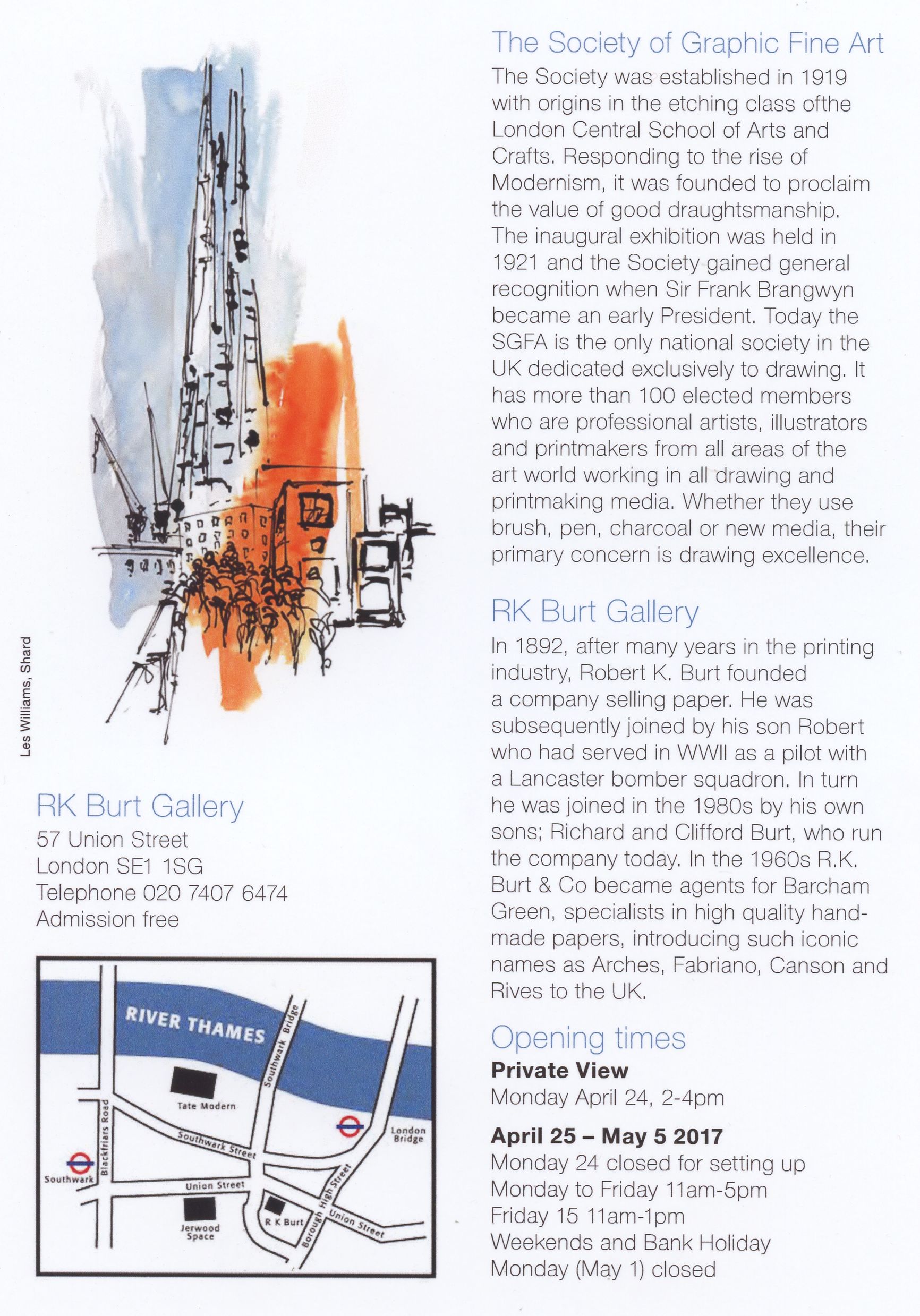 Inspiration from the Ice Age and Nigerian Sculpture:

I love museums and drawing in them. They allow me to travel in time and space.  I’ve just revisited the Ice Age from drawings made in the British Museum in 2013 at Ice Age Art: Arrival of the modern mind.  My sketchbook included drawings of the Lion Man sculpture made 40.000 years ago.  Mind blowing to find man not only had the imagination to ponder such an impossible beast but could already translate his thought into a tangible sculpture. 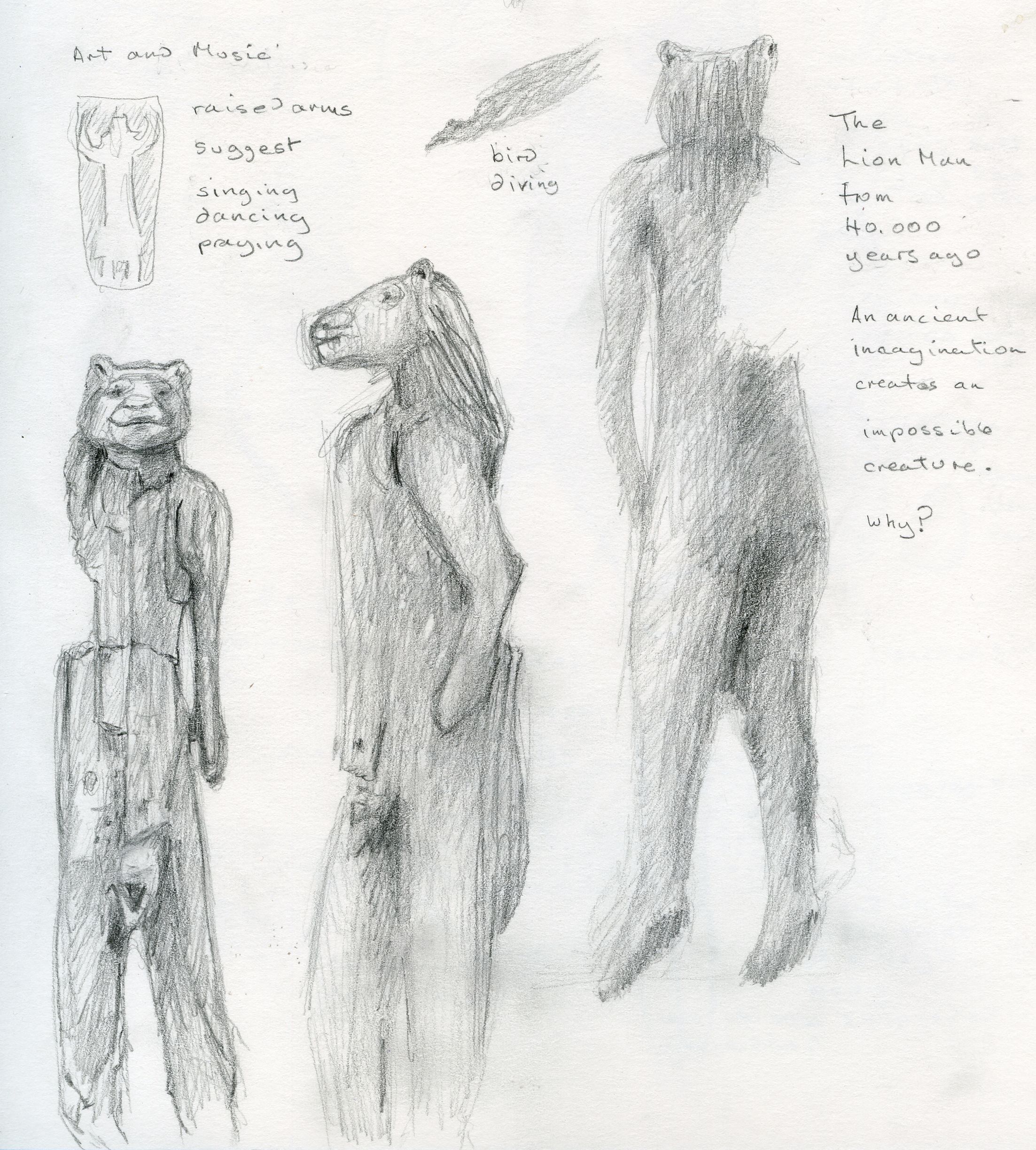 Deciding to make a more considered study in mixed media, I redrew the sketches of the lion man with a mid toned pastel pencil then made a dry wash of pale blue pastel over most of the sheet and began building up with more layers of pastel and soft pastel sticks.  After that I knew a dark background was needed and diluted India ink was laid in with a brush. 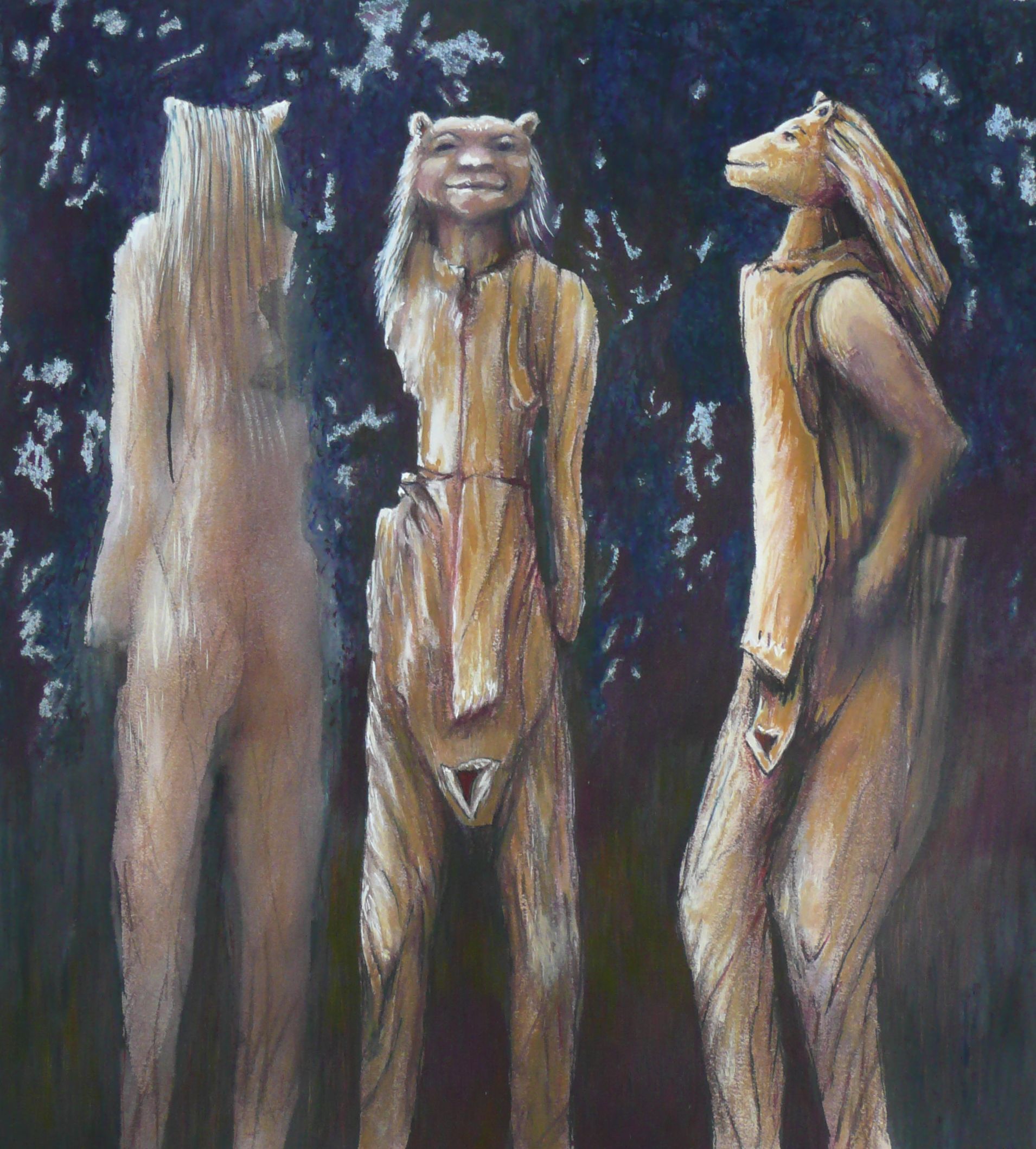 The pastel acted as a resist in places and I liked the effect and added another layer of ink, being careful not to lose all of the resist qualities of the pastel.  More pastel pencil was applied and the background enriched with transparent watercolour in tiny strokes of Alizarin, ultramarine and Prussian blue. Further lines were added with pen, pastel pencil and gouache, and finally a few washes of Alizarin around the legs.  The figure in back view developed a softness suggesting a metamorphosis from wood to flesh. I had no hesitation in retaining this, and hence the title Becoming Human, suggested itself. 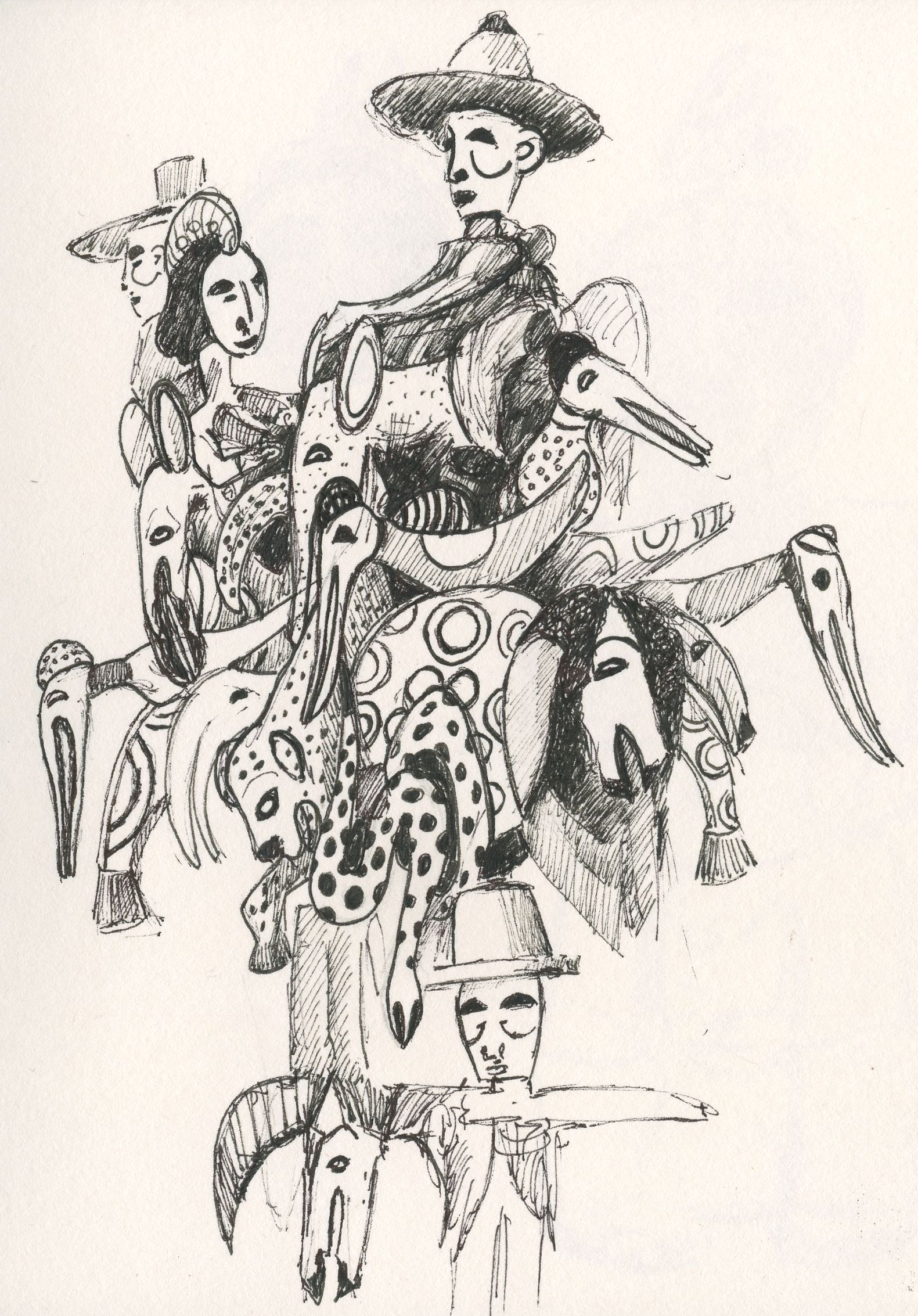 Sculpture: made by the Igbo people, Nigeria: British Museum

Earlier this year I returned to the British Museum, this time to visit the African galleries and drew a curious construction, mainly of painted wood and metal, a sculpture of separate parts screwed to a central pillar.  This was Igbo Nigerian and twentieth century, full of symbols of power and wealth; guns, European hats, horses, wild animals and equally wild face paint.  It did appear slightly menacing but at the same time celebratory so it did not surprise me to find this sculpture and similar ones are used as rallying points for dancing.  The colours used were white, terracotta, ochre, blue and black.  To develop a work for exhibition I chose to reverse the drawing and simplify the colour using black and white pigment pens over a two plate mono-print which provided a rich red backdrop. 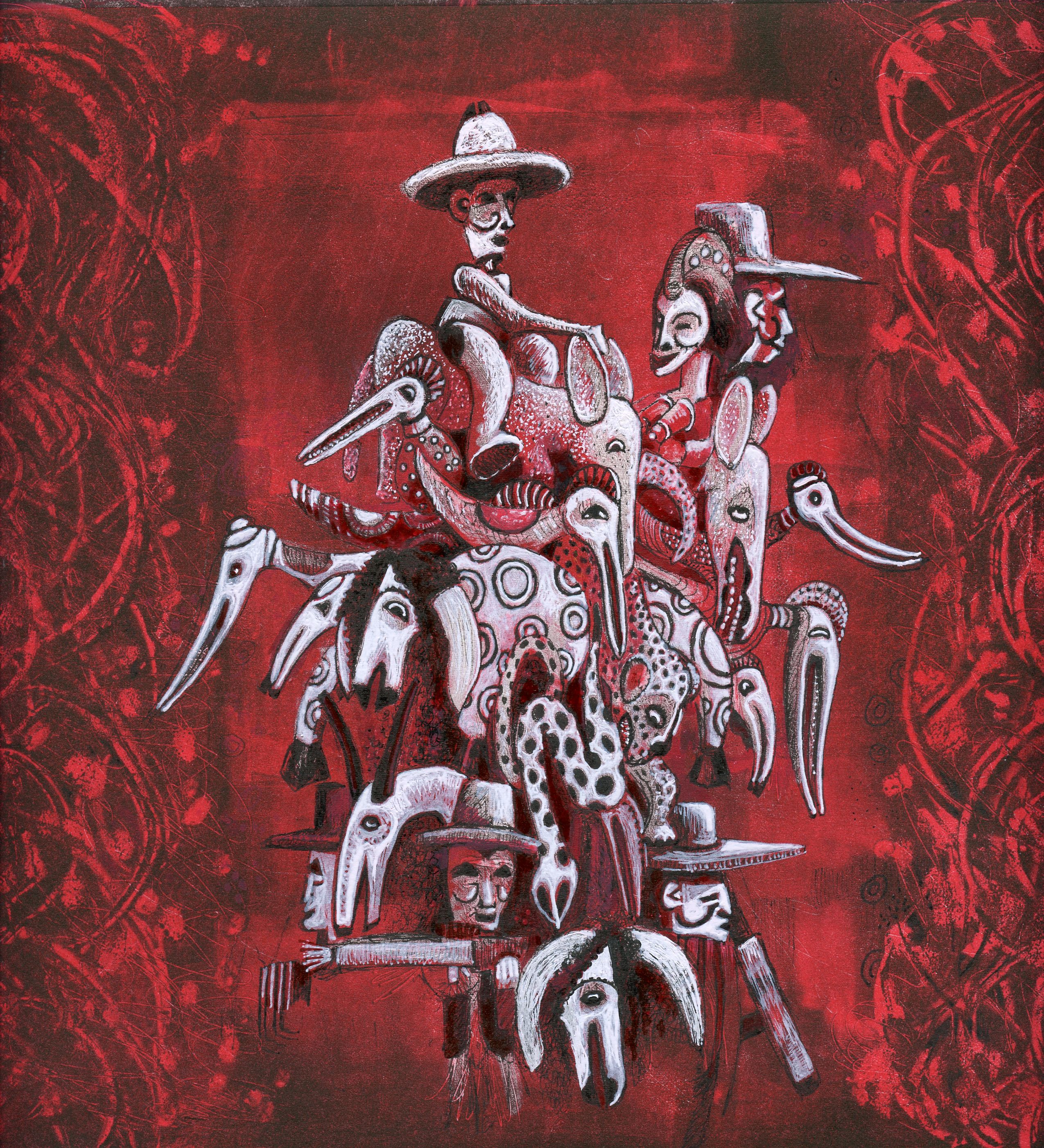 The guns and wild animals suggested hunting, and together with the other symbols of power the title Trophies was born.  It was only today when I looked up the images on the British Museum site that I found on part of the construction I could not see, a baby was presented, so perhaps I should return to make a friendlier, family version.  Alternatively, it could be that the birth of a healthy child is another symbol of power as the continuation of the dynasty is assured.  As ever the history bound into objects is fascinating and I am curious to find out more.

Becoming Human and Trophies are two works Jo will be showing at a Society of Graphic Fine Art’s Members’ show Walk on the Wild Side at the R K Burt Gallery in Union Street, London, 25thApril to 5thMay.