The quiet tears and sad eyes of those who mourn, their lives torn by
life’s jagged course. While drawing this I began to think especially
about those left behind following violence. Drawn 23rd January. 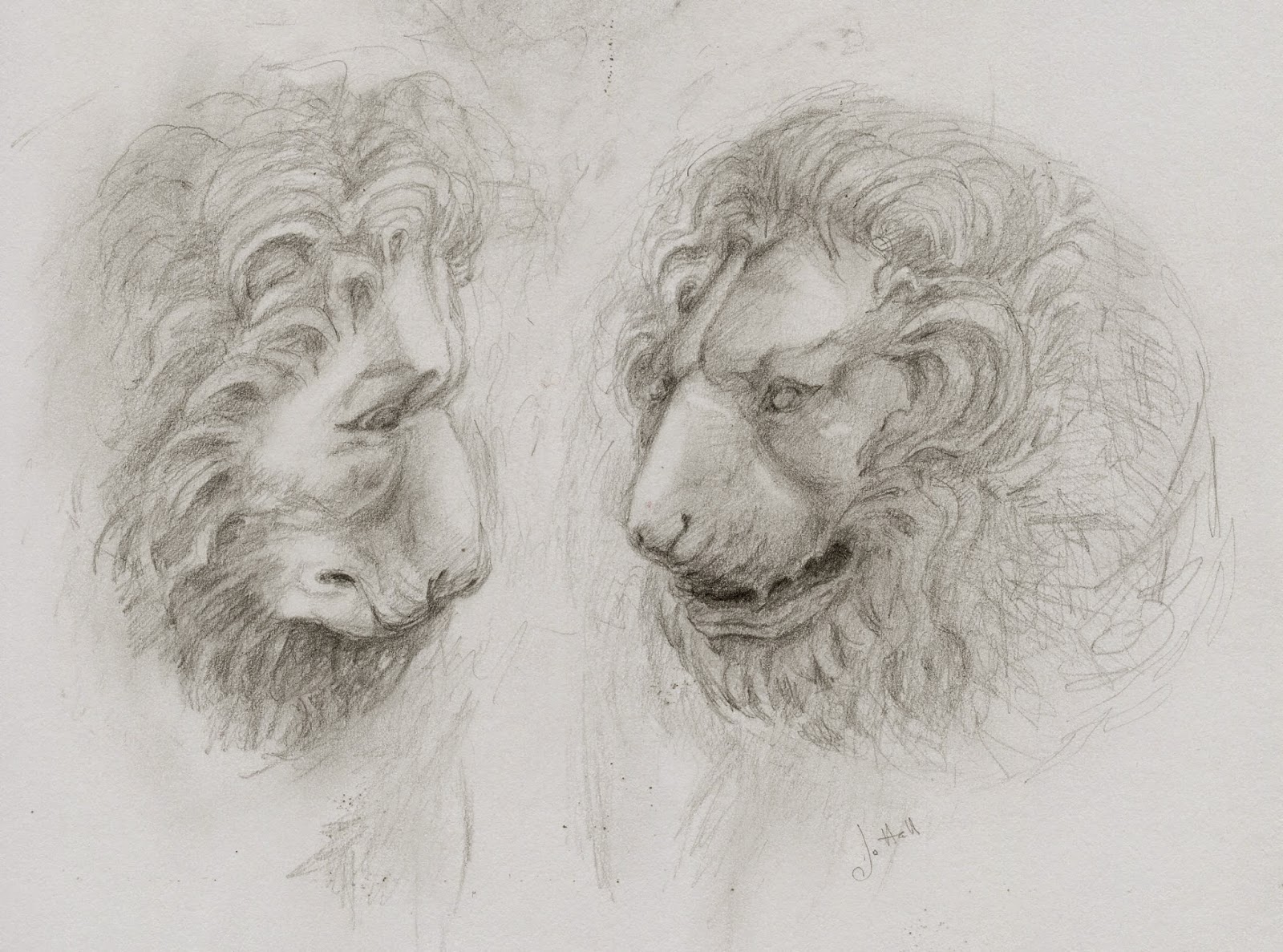 My last Blog post neglected to say how particularly horrified the whole drawing community should be at the recent events in Paris.  Drawing is so important and precious.  Here are some soft touch lions, drawn at an SGFA Drawing Day at the V&A. In the morning I attempted an all too ambitious drawing of a pulpit by Giovanni Pisano. I returned to the cast collection post lunch, and discovered these lions that were propping up a pulpit made by his father, Nicola Pisano, around 1260 for the Baptistry in Pisa. The lions were fiercely protecting more vulnerable animals as the sheep and piglets etc. beneath them. Oh that humankind could use strength for protective instead of destructive purposes as Pisano’s strangely anthropomorphic lions!

Find out more about the Society of Graphic Fine Art at www.sgfa.org.uk
Category: Uncategorised
No Comments »

I am posting the drawing below to register my horror at the murders and consequent mutilation of the French press in Paris yesterday.

The pencil drawing ‘Concision’ was inspired by Goya’s ‘Disasters of War’.  The war in sharp focus today is the right to freedom of speech.  I may or may not agree with all that is published in ‘Charlie Hebdo’ or ‘Private Eye’ magazines, but however outrageous the satire, it should be understood as just that. The ideas and cartoons are extreme stereotypes of the political, religious and cultural icons being lampooned.  In some cases one branch of society will say rightly so, while another may complain bitterly.  This is no reason to commit cold blooded murder.  The killings in Paris will only exacerbate existing tensions not heal them.

The drawing shows a black Muslim woman discovering a mutilated body in a war zone.  Her jaw drops and her eyes protrude as she draws breath and recoils in horror. It would make no difference if a white woman were shown discovering a black corpse.  The mutilated arm might belong to any cultural, political or religious group.  Our reaction should be the same, horror followed by compassion for the victims.  It is my hope that this will be the case rather than the extreme reaction of revenge attacks on the the French Muslim population.

The second drawing imagines a woman comforting her children after her husband has been killed.  Both drawings are entirely ficticious but I hope they illustrate the terrible effects of atrocities on those who have to live with the consequencies of such brutal acts.