This post is adapted from the artist’s statement accompanying her recent solo exhibition.

In the tiny lithographs from drawings made of objects shown at the Ice Age Art exhibition at the British Museum, I drew on the imagination of artists of up to 40,000 years ago. The skills of these artists led to the production of both highly stylised and representational carvings of natural forms, animal and human, and also to the development of ideas of fantasy creatures such as the ‘Lion Man’. 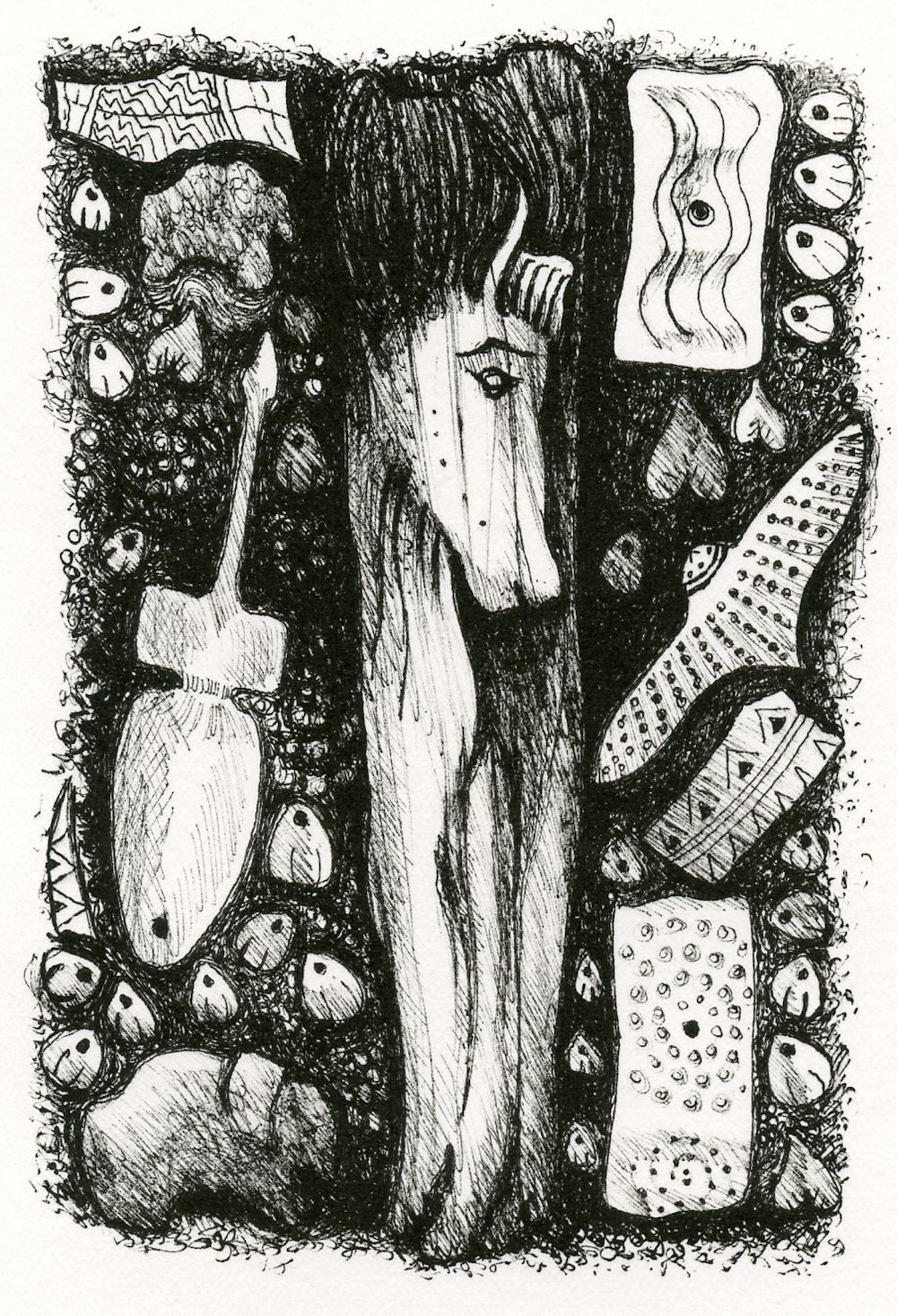 Motifs from the Ice Age 2

In Nordic Legend: Fragments I played with imagery from Viking stones and fragments of the Sutton Hoo treasure to compose a work where all the elements from a Nordic Myth can be identified.

The story tells of how Sigurd the Volsung and his blacksmith (the evil Regin in disguise) set out to slay a dragon (really Regin’s brother Fafnir) who was guarding a great treasure. Once dead the blacksmith asked Sigurd to roast the dragon’s heart. Sigurd burnt his thumb and sucked it, so when magic dragon’s blood touched his tongue he understood the chattering birds warning that his blacksmith planned to kill and rob him. AT ONCE Sigurd chopped off his blacksmith’s head and rode away with the gold!

The shapes in this work derive from the extended lines from a life study which suggested the rocking of a ship, so no wonder I was drawn to the myth of a sea faring nation. This process is intuitive in a similar way to that of ‘word association’ which I will call ‘image/thought association’.

Drawings from the Unnatural Histories Series;   Who am I,    A Walk in the Country,   Fish out of Water

The ink drawings which started as no more than a few scribbled lines and which developed into the series I think of as Unnatural Histories, represent a similar intuitive process.. The outcome of this approach possibly reflects my former career as a biologist and interest in the transferred line drawings of Paul Klee. I have a strong belief that our minds carry visual ideas that only surface when we find a way of tapping into the imagination. 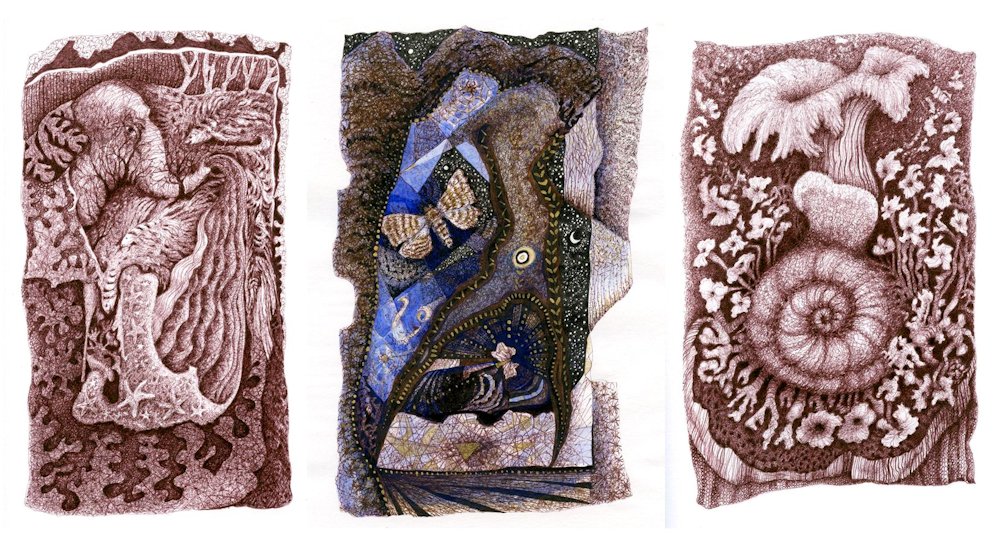 Works such as Miro Goes Fishing and Lines and Stops also began as a few scribbled lines on paper with no predetermined end image in sight. The imagination process grew with the addition of each added line or area of colour. Decisions were taken on the journey of marks made, firing the imagination to create distinct forms or to leave the work relatively abstract. (See previous post) 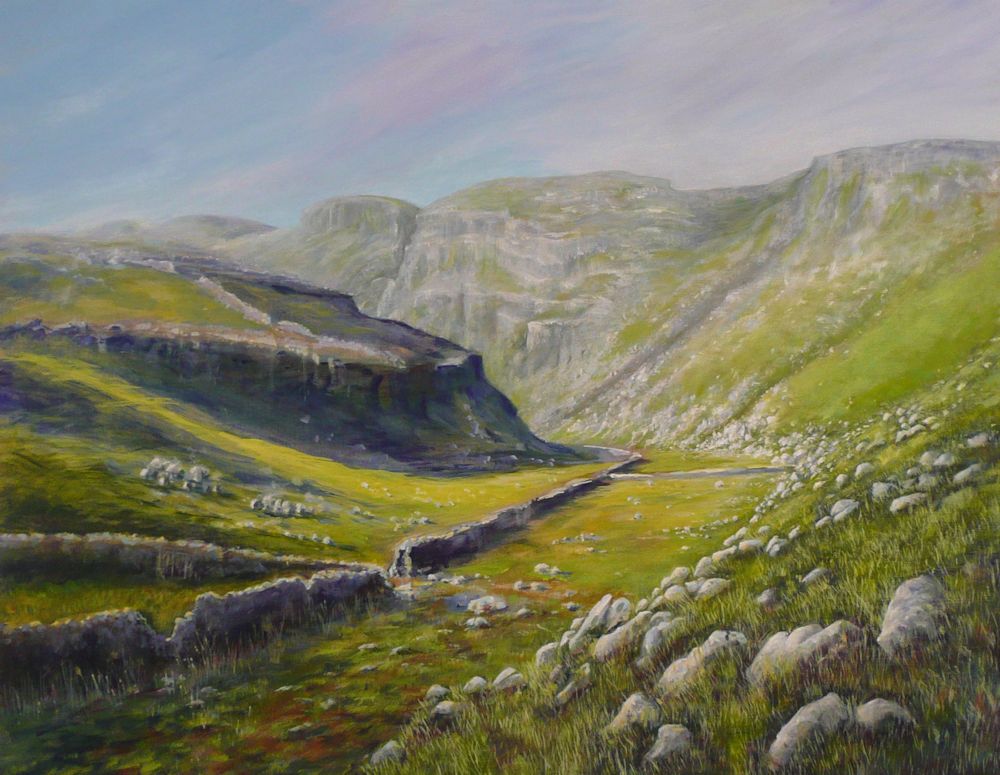 Land and cityscape painting and drawing form a large part of my practice, and although for these works observation is of huge importance, I like to think the imagination brings to life the emotion or idea the artist hopes to convey in each painting. Crossing the Dry Valley high up on the limestone, on the way to Malham Cove from Gordale was a dramatic experience. Its grandeur was only surpassed by my curiosity to know what lay beyond the bend. I hope to invite your curiosity too. 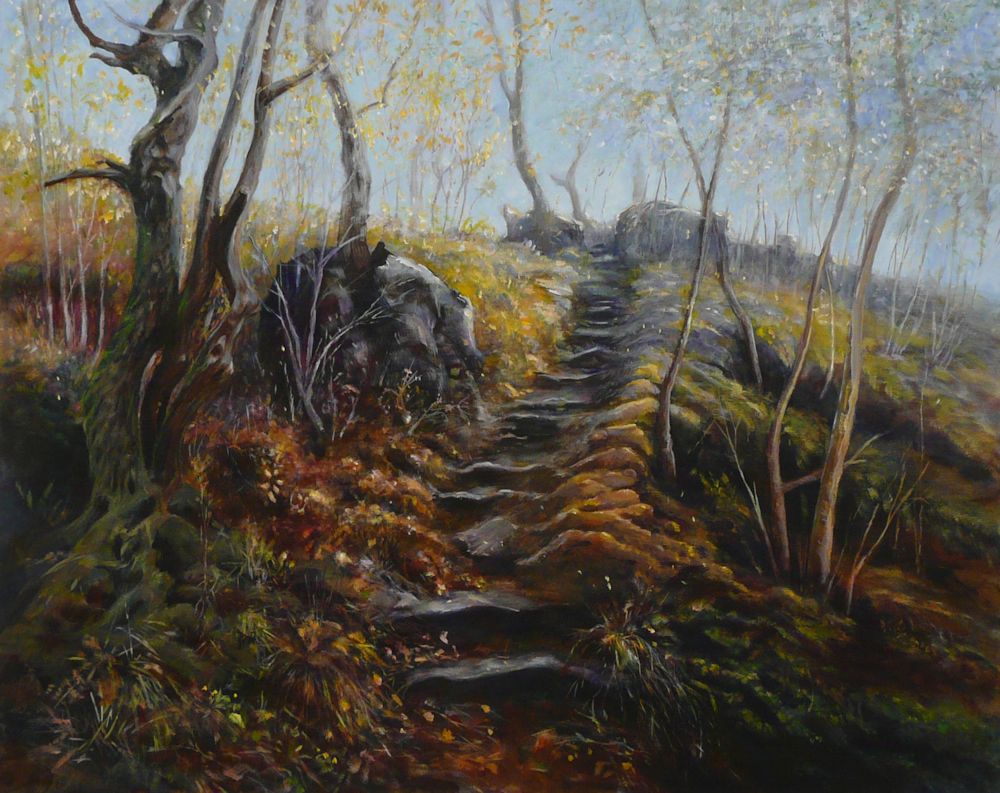 The painting Ancient Steps to Winskill Farm depicts steps cut into the limestone and weathered over many years. Even the locals seem to know nothing of their history. I wanted to feel again the mystery of the ancient steps, dark recesses in the rocks and tangled tree roots, but most of all to make that upward journey once more.

Our landscape is continually subject to changes in colour and mood so in Fog and Mist I chose, very deliberately, three pigments for each painting. I then made mixes, laying down small irregular squares of colour intuitively, each decision suggesting the next. The pigment choice was logical but the process of laying them down and the patterns that evolved was more intuitive. 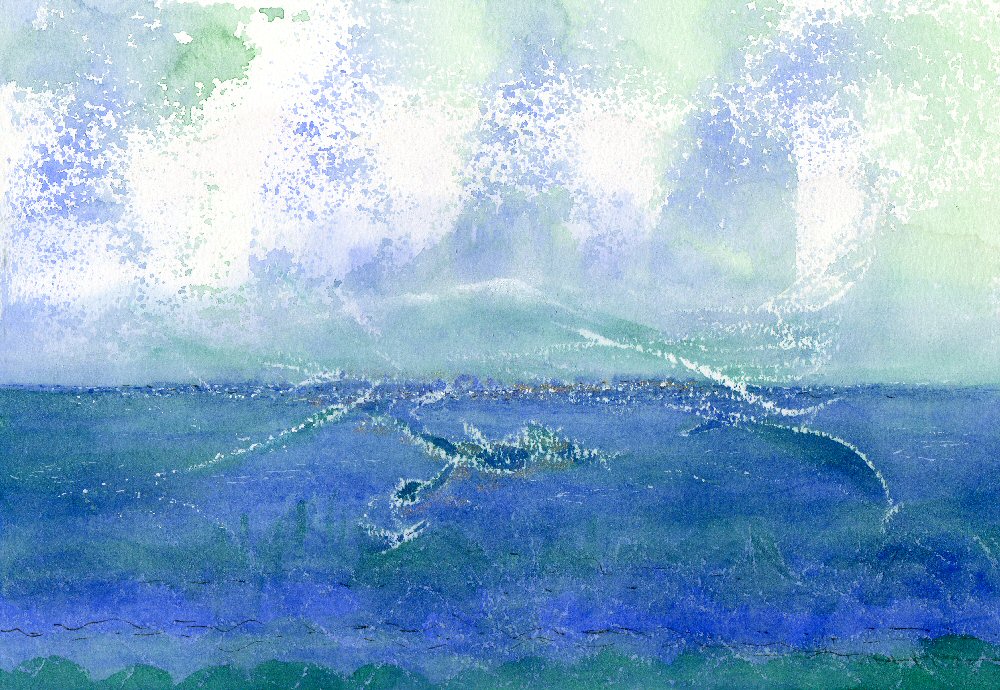 With Drift and Transience the approach was more experimental; simply laying or rolling in washes over wax applied rather randomly, then continuing in a linear manner with brush lines of colour till each work was resolved. The titles for these could only be given on completion.

Lastly I have made many small sketches of people on the Jubilee Line between Baker Street and North Greenwich. One of these was a beautiful young woman asleep, her black curly hair severely swept back from her face. I wondered what she would like to dream about. Her pleated swirly silk scarf suggested the life of the forest floor so here she is, in a tunnel below London, dreaming of the forest. 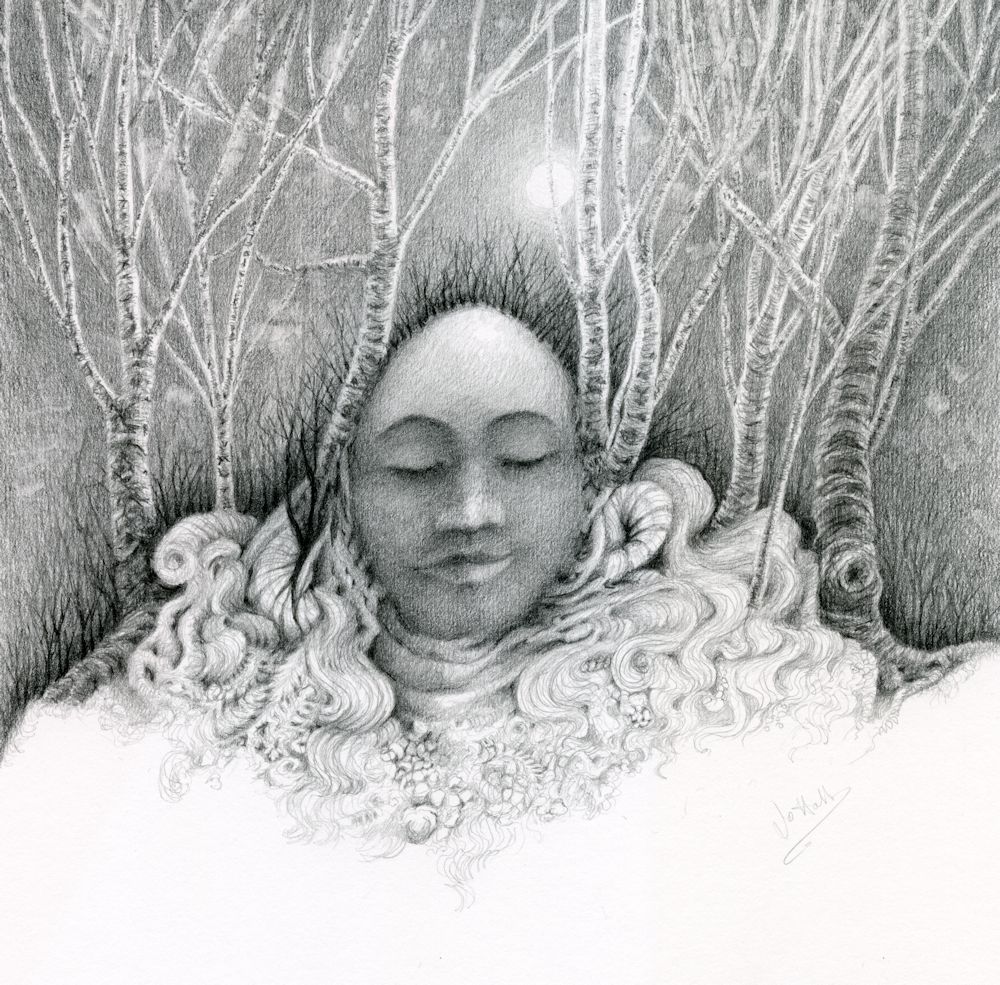 These are just a few thoughts on some of the 38 works on show. ‘Seen’ is easy to define as that which is observed. ‘Imagination’ is often thought of as the ability to evolve ideas, or to create mind pictures, not seen by the eye but nonetheless ‘seen’ by the mind. Rooted in conscious observation or begun more intuitively all works exhibited are thus both Seen and Imagined.

I would like to thank Norden Farm Centre for the Arts, Maidenhead for sponsoring the exhibition which continues till March 20th.